Varsity Field Hockey placed 1st in the EIL with an undefeated regular season record. They earned the #1 seed in the NEPSAC (New England Preparatory School Athletic Council) Class C Tournament - beating an athletic New Hampton team 2-1 in the quarter final, and defeating Pingree in double overtime to advance to the finals vs. Winsor. The team beat Winsor twice during the regular season, but came up short in the NEPSAC championship game losing 1-2.

Varsity soccer made it to the semi-finals of the EIL Tournament where they fell to Berwick. For the first time in 10 seasons, the team earned a spot in the New England Tournament but lost a strong St. Luke’s team.

Varsity Volleyball won the EIL tournament, defeating Dana Hall in the semi-final round and besting Winsor in the championship game. The team earned the #5 seed in the New England Tournament where they faced and defeated Kingswood Oxford 3-0. NCDS advanced to the semi-final game where they fell to BB&N. 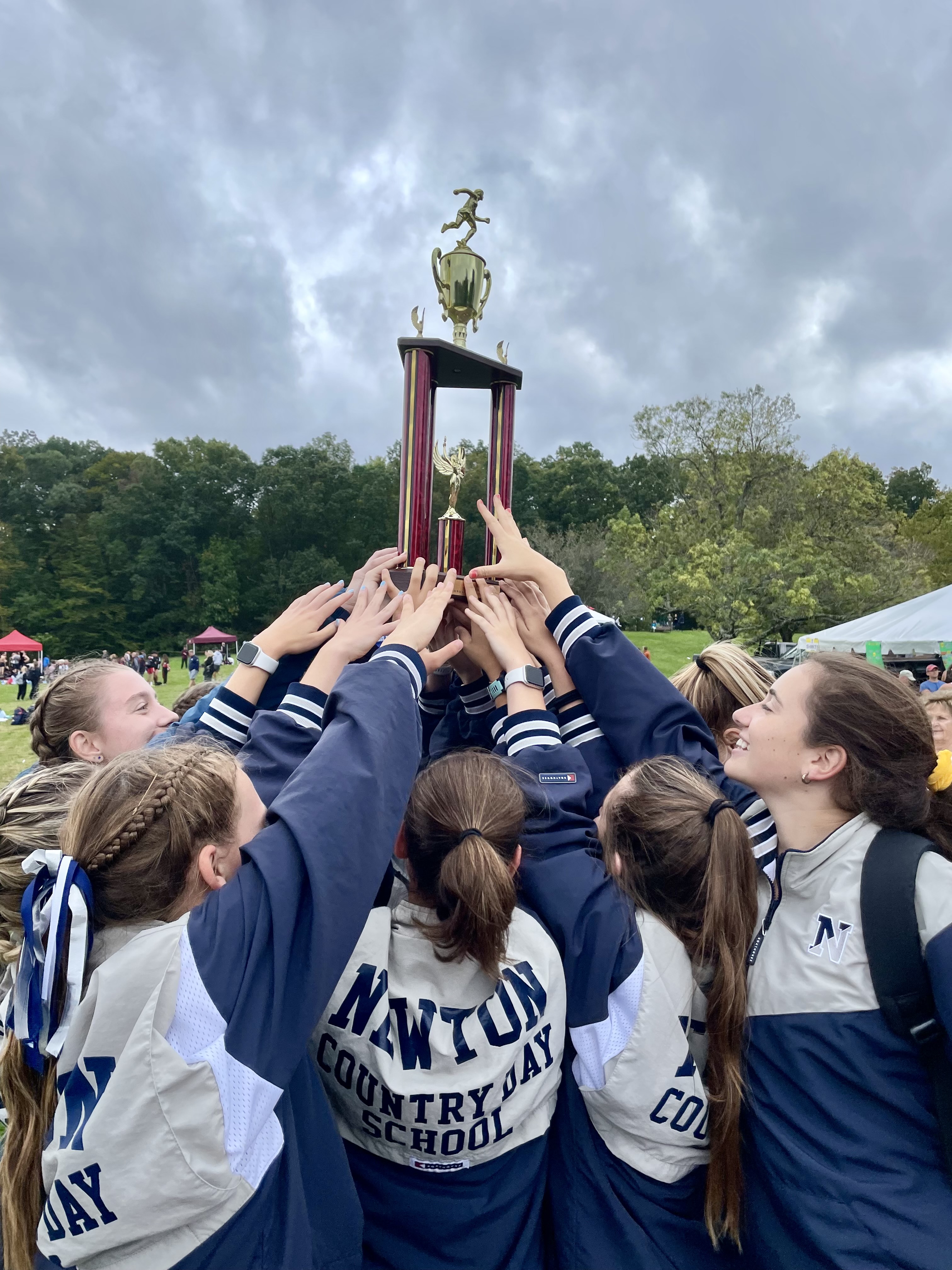 Varsity Cross Country
At the Wickham Park Invitational, every Varsity runner earned a medal, placing 2nd, 3rd, 21st, 22nd, 30th, 34th, and 41st places out of 140 runners. Overall, the team placed 2nd out of 15 schools. The team finished the season at EILs with the fastest team Newton has ever had, as all runners ran a 5K in under 26 minutes and 12 seconds. The squad placed 2nd at EILs and 8th out of 16 division II schools at New England’s.

Varsity Crew
Despite limited race entries, every rower raced at least once. NCDS had three boats compete in the Head of the Charles Regatta, including the youngest 8+ boat in the event.

Middle School
B1 Soccer
B1 Soccer had an undefeated season with a record of 8-0, and held their opponents to zero goals over the entire season.