RSS Feeds Subscribe to Alerts
Grade 5 Presents I Love Salsa
Over the summer, dance teacher Leigh Lucey attended a professional development program at Ballet Hispanico School of Dance in New York City. Inspired by her study of genres of dance that are integral to Latin culture, Lucey shared her new knowledge with her 5th grade class, which culminated in their performance of I Love Salsa. 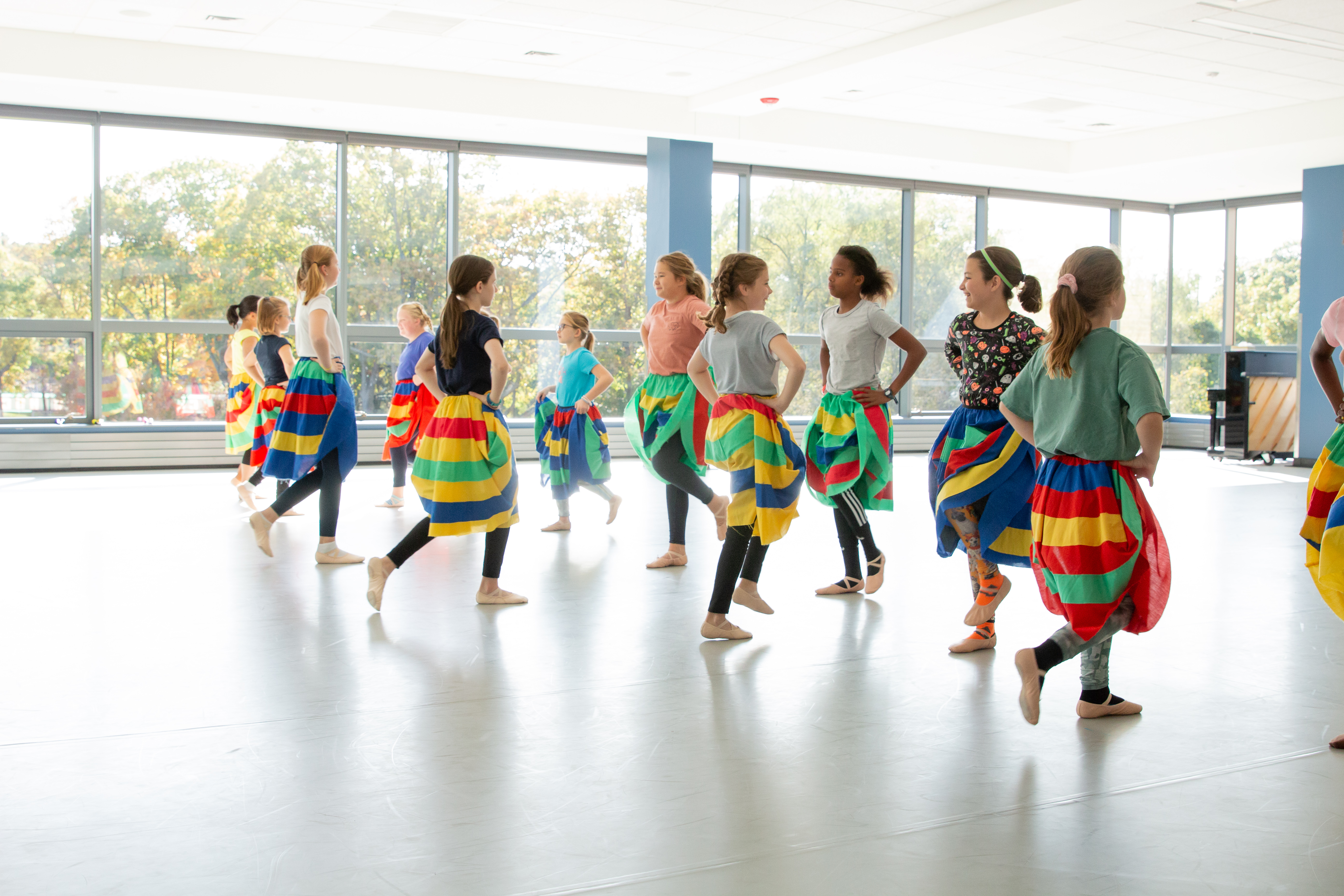 In celebration of Latin cultures, the girls studied the music, visual art, literature, food, climate, and socio-economic of countries in the Caribbean and Latin America. The class specifically focused on Salsa dancing: a distillation of many Latin and Afro-Caribbean dances. During the process, the girls learned Spanish words that relate to artistic expression and traditions and practiced intricate hand gestures and rhythmic footwork in flouncing character skirts to augment the dancing. The girls also learned how to use maracas – a musical instrument often applied in Spanish dancing – and the ways in which instruments can support rhythms within the movement.
“Dance is integral to cultures around the world. It is important in establishing global identity and preserving indigenous customs and traditions,” said Lucey. “Dance is a universal language wherein movement expression creates inclusivity and dialogue. A powerful art form, dance can bring about awareness and affect change.”
“I liked dancing in the colorful skirts.” commented A. Hirsch ’27. “They added feeling and flare.”
“I enjoyed learning Spanish terms such as flores, that means flowers, and palmas that means palms,” added C. Hauser ’27.
“I hope the girls derive from this experience a greater understanding of our multicultural world and an appreciation for the language of the arts as a form of shared expression and a conduit for dialogue,” Lucey continued. “They will begin to understand the importance of global connectivity and will develop respect for ethnic, religious, and socio-economic differences, as well as empathy for all humankind.”
Share to FacebookShare to TwitterShare to Google+Share to LinkedInShare to PinterestShare to EmailPrint this page