On Wednesday, March 4, Newton Country Day held the 25th Annual Science and Engineering Fair. Girls in Grades 7 and 8, and Upper School students participating in Independent Research and the newly launched Design and Engineering class, presented their projects to over 70 judges. Both individual and group projects were exhibited. Seventh grade girls focused their research on life science, while eighth grade girls presented on engineering. The judging panel was made up of members of the math and science community including Newton Country Day parents, alumnae, teachers, and students from the Class of 2020.

Grade 7
For their projects, Grade 7 girls followed the scientific method to complete experiments that involve biology, life, consumer, and general sciences. First place was awarded to G. Bogart ’25, L. DeMatteo ’25 and N. Joyce ’25 for their project “Using a Straw Could Be A Flaw!” The girls tested the impact of different types of straws on plant growth.

Second place went to E. Allen ’25 and E. Schlichtmann ’25 for their project “Decrease The Yeast.” The girls analyzed which sweetner, sugar, Sweet’N Low, or stevia, has the largest effect on Saccharomyces Cerevisiae (yeast) growth.

Third place was awarded to C. Grover ’25 and L. Tranter ’25 for “Protect from Rays, But Don’t Use Sprays.” The girls sought to answer the question of whether sunscreen has a negative effect on the health of Daphnia magna, a freshwater crustacean.

Grade 8
Grade 8 girls used physics experiments and engineering challenges presented in the Physical Science curriculum in advanced levels individually or in a team. The emphasis on each project revolved around the evolution of a design through several iterations in an attempt to meet the project’s goal.

M. Hickey ’24, K. Sererino ’24, and D. Walsh ’24 came away with first place for their project “Recovery Road.” The girls created an application that assists people with an eating disorder in the process of developing healthy eating habits.

Second place was awarded to E. Ansteth ’24, B. Bilezikian ’24, and N. Eickenhorst ’24 for their project “The Power of a Shower!” Ansteth, Bilezikian, and Eickenhorst designed a portable shower for people who are homeless or on-the-go.

H. Mulligan ’24 and C. Wagner ’24  placed third for their project “Just In-CASE.” Mulligan and Wagner created a casing for phones that can float and provide protection against water for at least 60 seconds.

The top five winners in the Middle School move on to the Massachusetts Region V Middle School Science and Engineering Fair on April 18 at Regis College. 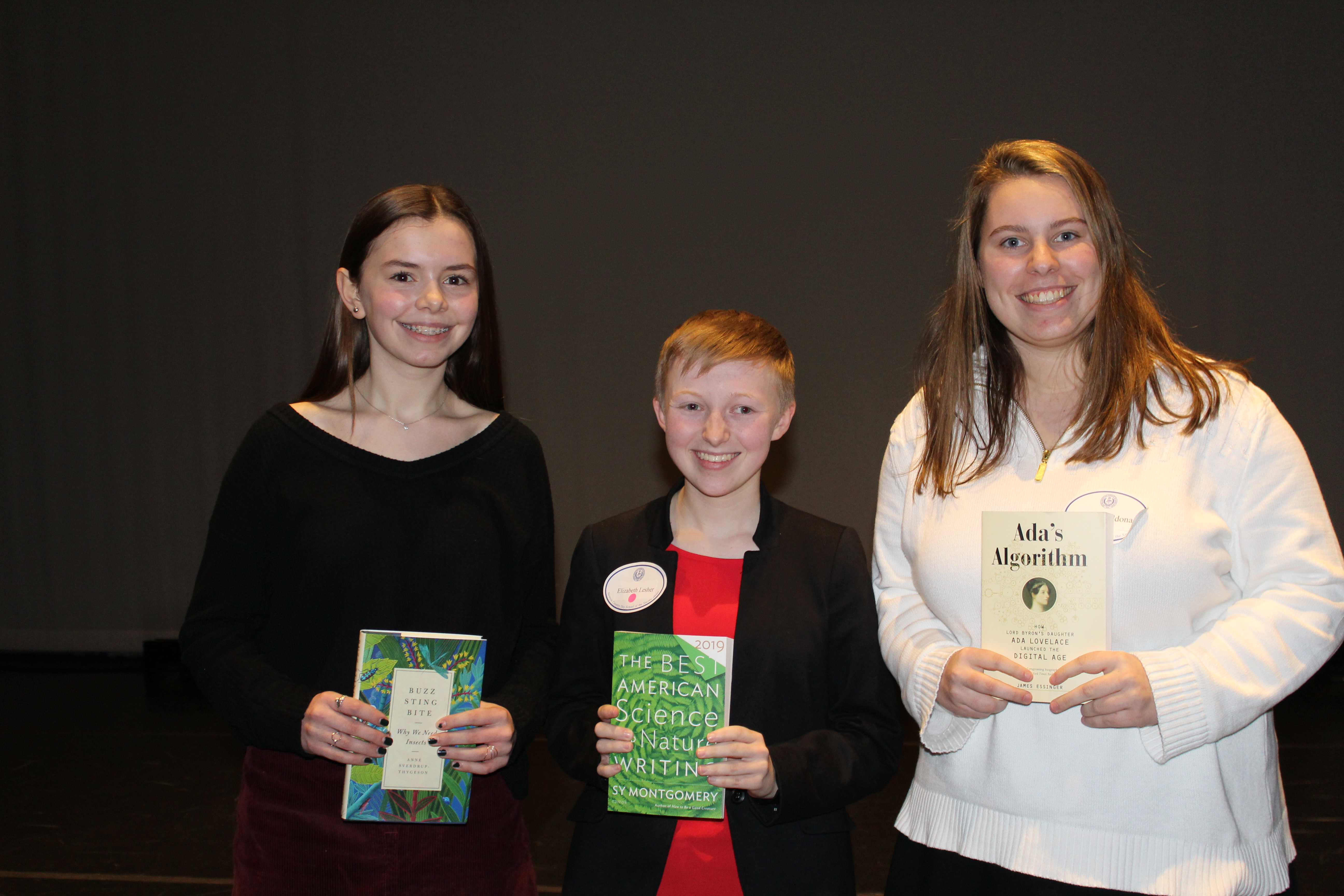 E. Lesher ’22 won first place with her research on “What Factors Increase the Risk of Contracting the Common Cold?” Through analysis of patterns in the data she collected, Lesher sought to identify risk and protective factors for the common cold. She collected data from 241 participants about their lifestyle, demographic, and genetic information. That data was then examined through four statistical tests; a chi-square test for independence, Cramer’s V strength test, a two-sample z-test for the difference between two proportions, and a t-test for the slope in least-squares regression.

Third place went to C. Aslett ’22 for her research on “Testing the Effects of Sucrose on a Drosophila Model of Alzheimer’s.” Aslett examined how the inability to process insulin could potentially increase a person’s chances of developing Alzheimer’s disease by testing four genotypes’ reactions to sucrose and water and examining how it affected the size of a Drosophila’s (fruit fly) eyes.

Eight Upper School Independent Research projects are registered for the Regional Fair at Bridgewater State University on Saturday, March 7. Additionally, the first and second place winners move on to the Massachusetts State Science and Engineering Fair at MIT on May 1 and 2.

View photos from the Science and Engineering Fair